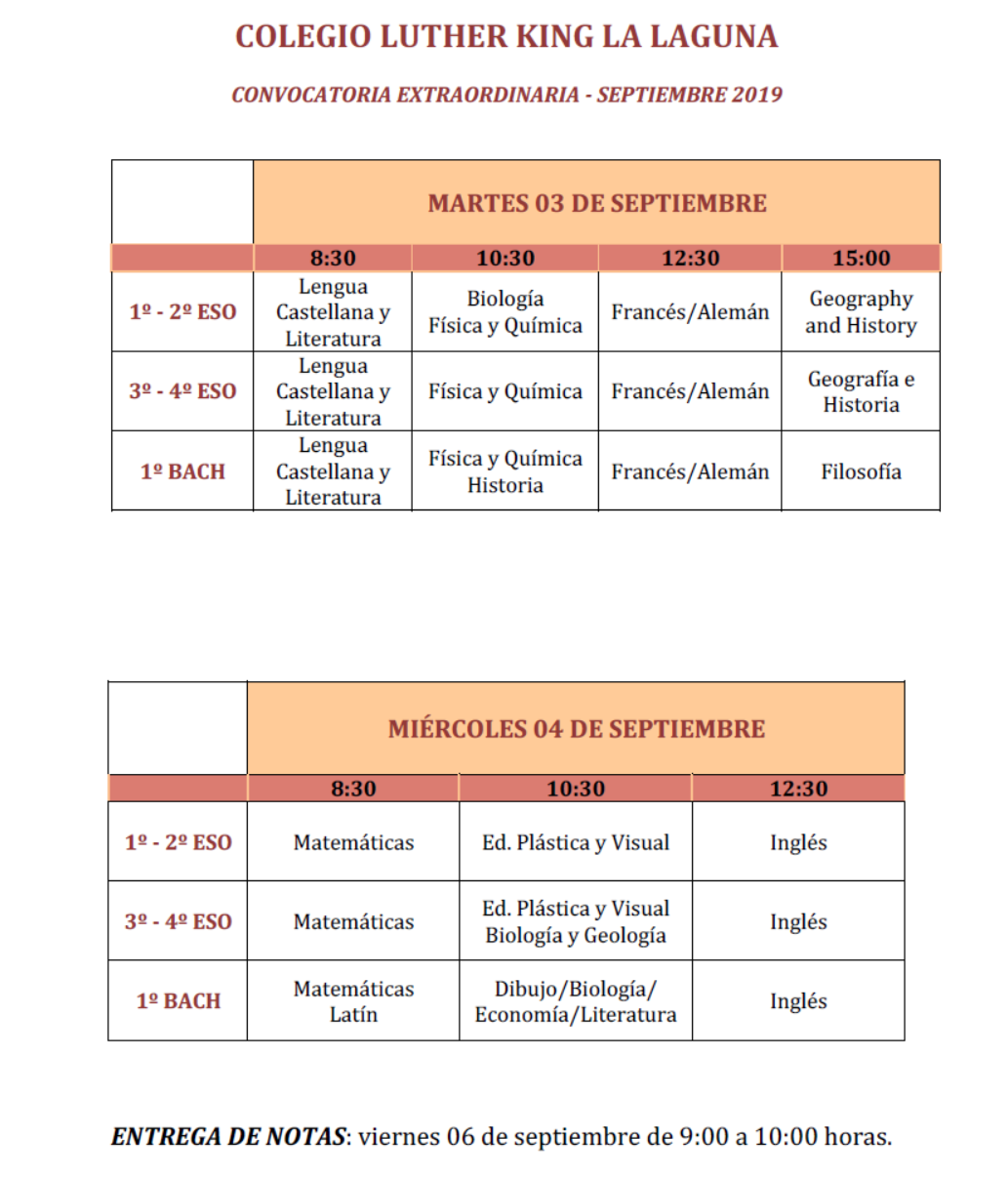 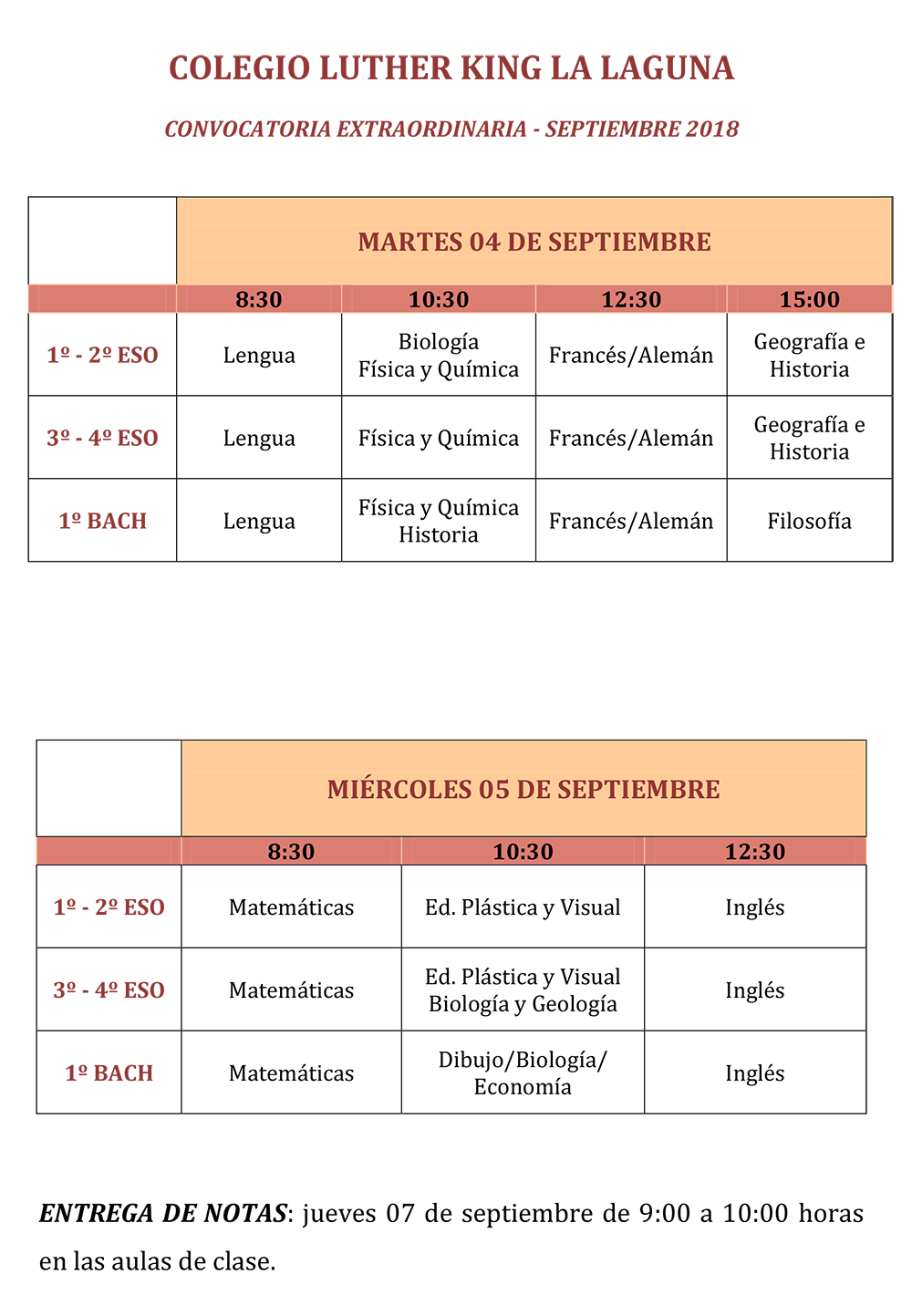 The 4th of Primary School students have done a gorgeous project of investigation in English in the Social Science subject. A subject that have as an objective learning about science, working on bilingualism and foment the initiative and enterpreneur spirit on the students. END_OF_DOCUMENT_TOKEN_TO_BE_REPLACED

END_OF_DOCUMENT_TOKEN_TO_BE_REPLACED

Last October 30th, the children of first grade of primary school with their tutors and several monitors, we lived a day in which the sweetness of our little ghosts mixed with terror, in which the laughter mixed with the scares and in which, in short, the daily work scenario changed because, for our great emotion, the streets of the beautiful city of San Cristobal de La Laguna were the ideal and perfect setting to live a completely different and focused day in the celebration that, as students of a bilingual center, we had to live and experiment. And it is that little witches and little monsters came to school dressed and properly prepared to try to make a trick or treat to anyone who would be in the streets of this beautiful city. Said and done.

As soon as we reached the lines, they began to scare us and spend small jokes that were fixed, ipso facto, with a unique caress, smile and affection, to which was added, even, a delicious sweet that made us scared of love … Yes, of love! … How fortunate we are to be able to feel this fright of love!

Our way to the streets of downtown La Laguna was fun, enjoyable, pleasant and very scary, because every time we looked at our ranks we could see many little skeletons that repeated again and again: Happy Halloween !; We are skeletons!; Trick or treat !; or a strong Booooohhhhhhhh !!!!!!

The great experience lived by these who are speaking to you, the tutors, as well as by the monitors, would not have been possible without the illusion that our children transmitted and it would not have reached them without your collaboration, families, to give them that terrifying touch and special you got. THANK YOU infinite because we could enjoy and imagine ourselves in the city of terror, in large part, for having put us on paper from the very first hour of the morning and in that, you have a great responsibility.

For us this activity is an important point in the development of the teaching-learning process of your offspring, since they lived the day as real big children, demonstrating an exemplary behavior and full of desire to live and experience much more.

And how much they still have!

We promise you that this is just the beginning … Hold on tight and prepare for a course so exciting that in the thousands of curves you will cross, you will dream awake, you will see.

Thank you very much and ser hoy very soon families,

The tutors of 1st of Primary School

After receiving basic skills in a first aids workshop, imparted by Red Cross in our School, Eduardo managed to succour his Little brother from a choking very dangerous which could have had terrible consequences.

As a recognition for his great achievement, Red Cross in Santa Cruz of Tenerife invited Eduardo to the Red Cross award ceremony in Canary Islands, celebrated in the CajaCanarias Foundation the 20th of October, to share his testimony in this emotional event.

Red Cross collaborate with our school through First Aids Workshops from 1st of Primary School to 2nd of Baccalaureate, action which we are very proud of because of his pedagogic labour and after cases how this one. 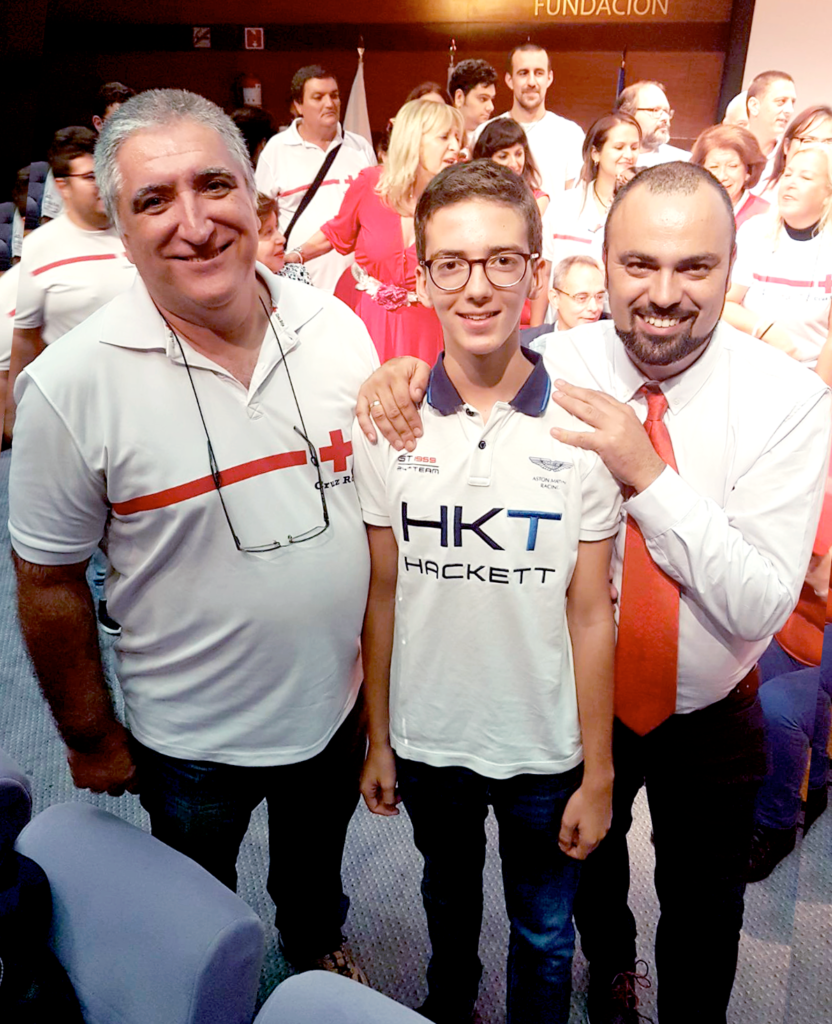 The presidents of the Canary Government, Fernando Clavijo, and the DISA Foundation, Raimundo Baroja, have handed over our student Jacqueline Páez Pérez and other twenty canary students, an award for their effort and commitment, which has served to achieve the best grades during the school year 2016-2017.

On October 6th of 2017 , the V Awards for Academic Excellence in the Baccalaureate were presented, which award the DISA Foundation in coordination with the Ministry of Education and Universities of the Government of the Canary Islands. The ceremony took place at the headquarters of the Presidency of the Government of the Canary Islands in Santa Cruz de Tenerife and was attended by the Regional Executive President, Fernando Clavijo, Vice-Minister of Education and Universities, David Pérez-Dionis, and the president of the DISA Foundation, Raimundo Baroja, as well as the families, teachers and friends of the students awarded.

The presindent of the Canry Government, Fernando Clavijo, praised the great personal achievement done by these students: “I´m sure that it has been necessary great doses of effort, planificaction and hard work, not only in an individual way, but colectively with theirs teachers and families”;“You are not only exemplary students, you are good citizens, since you are the best proof that this land has the best tools to continue advancing and to be a better society every day, a people more prepared, more participative, more solidary and fairer” the president added.

On his behalf, the DISA Foundation’s president, Raimundo Baroja, underlined that the excellence also is a virtue of the Canarian youth, as well as being critical, involved, formed, supportive and active. He added that in the five years of these awards, 99 students have been distinguished and recognized for their talent, dedication and constancy, encouraging them to continue their education and to enjoy all that is ahead of them in their university stage. Through the DISA Foundation Awards for Academic Excellence in the Baccalaureate, the DISA Foundation recognizes the work of students who, during the 2016-2017 academic year, have completed the Baccalaureate with a grade of at least 9.5, as well as to the improvement of society through actions of service to the community, collaboration with humanitarian agencies or social work in its closest environment.

Of the 21 prizes awarded, 12 have been in the insular category and 9 in the regional category (including our student Jacqueline Páez Pérez), receiving financial aid of 1,200 and 2,000 euros, respectively.

These awards are part of the Scientific, Educational and Research DISA Foundation, through which it seeks to promote knowledge, research, innovation and studies, betting on the talent and human capital of the islands to improve the development of the Canary Islands. 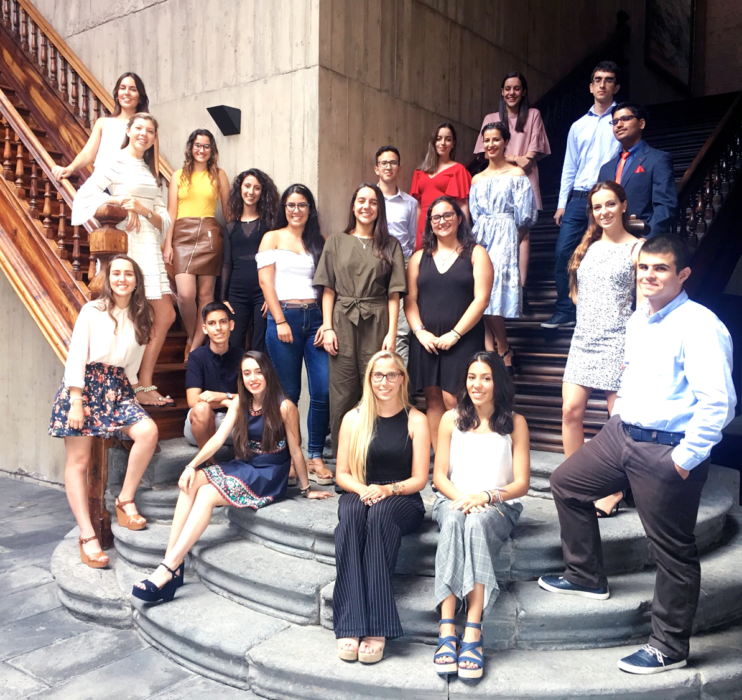 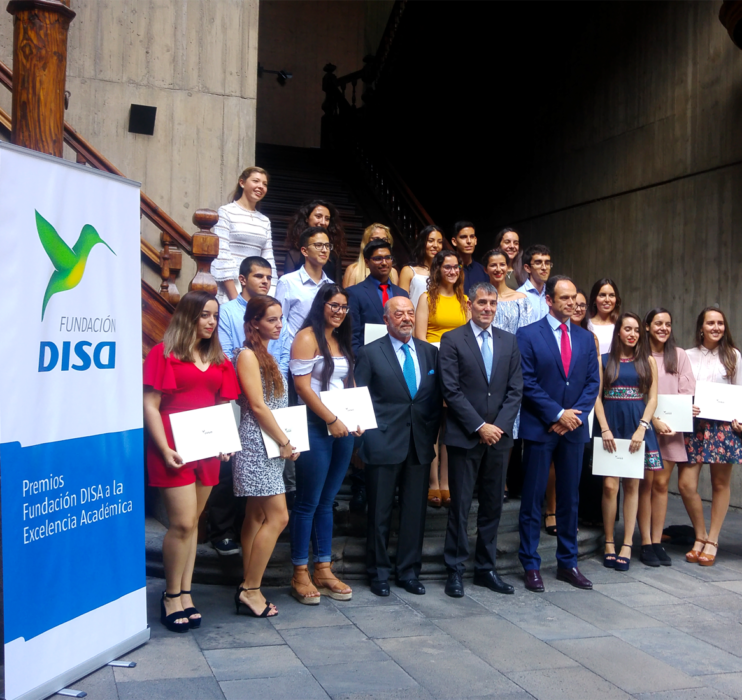 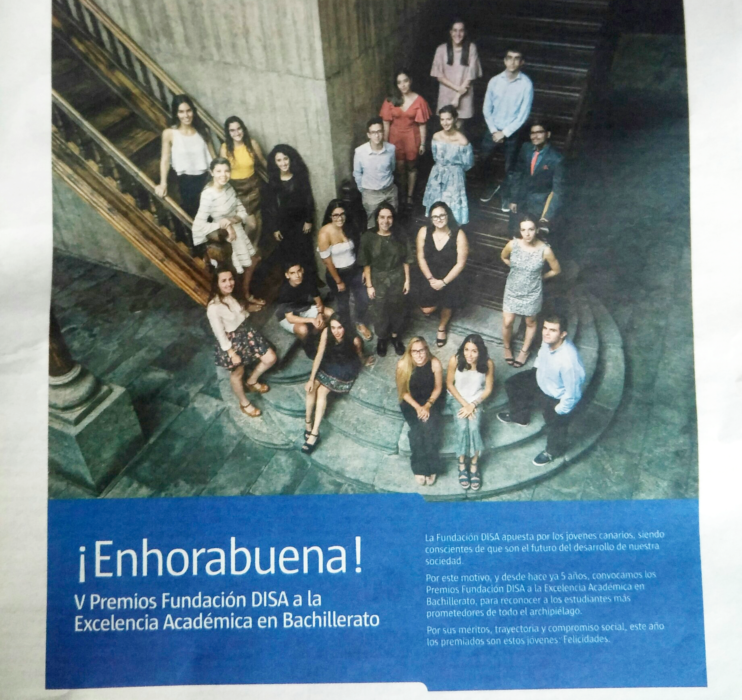 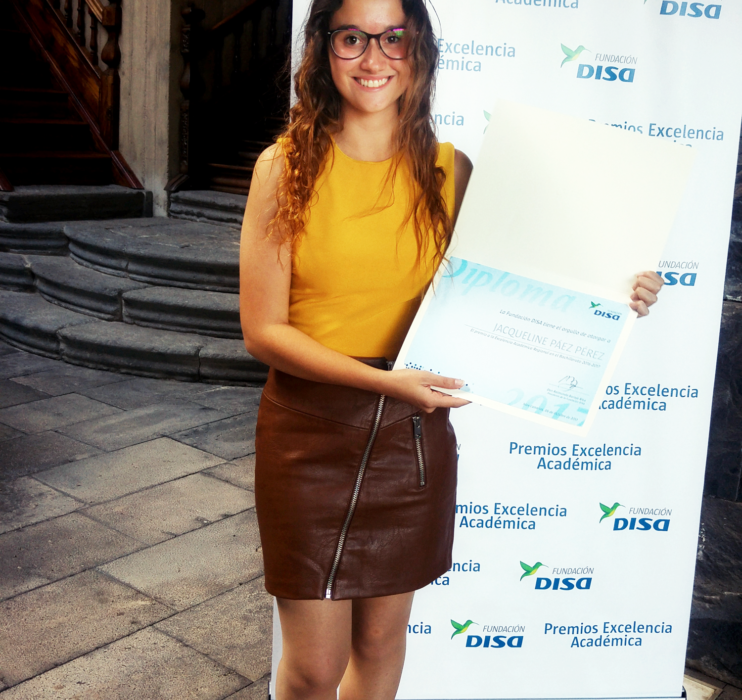 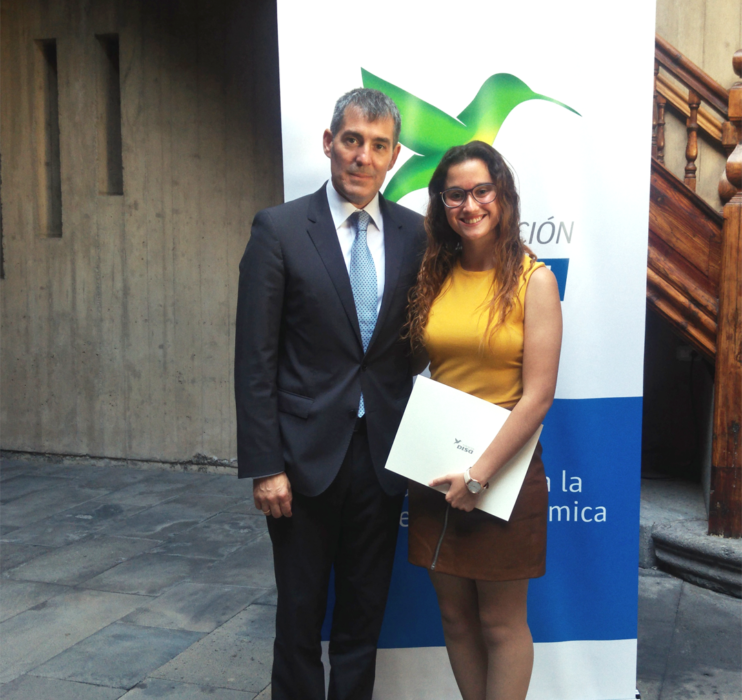 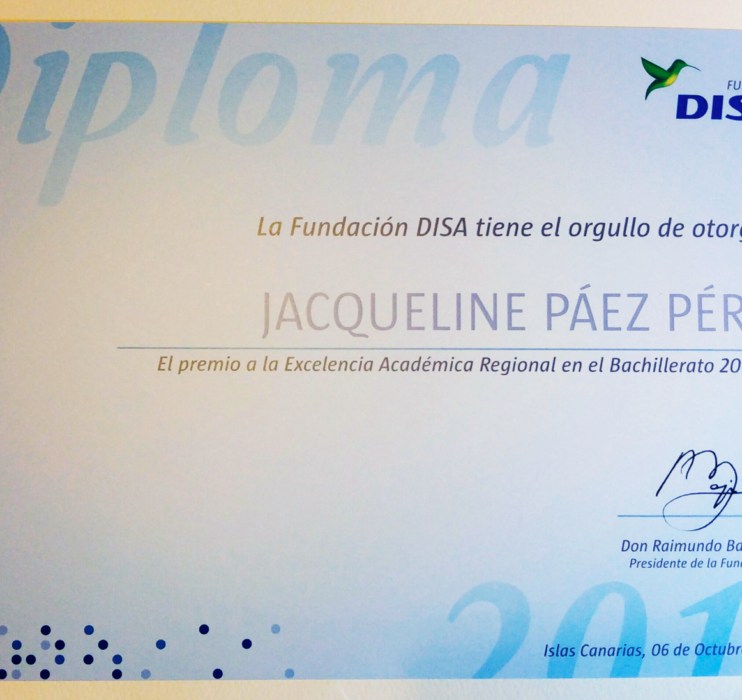 Video gallery of the activity with Ipads; EMOCREA

A few weeks ago, the students of elementary school, performed a beautiful activity in which the emotions have been worked and felt very much using as a fundamental tool the iPad, that device so authentic and great that has devastated in the classroom of such course. The same has been carried out in the very interesting subject of EMOCREA, END_OF_DOCUMENT_TOKEN_TO_BE_REPLACED